What a blast! Guess Your Songs hosted a kiosk at GDC Play 2012. It was in San Francisco at the Moscone Center... specifically, Moscone South, in the Esplanade Ballroom, March 6-8. It was a great way to showcase our music interest-based social gaming platform, Guess Your Songs... it was affordable for our little startup, and it was set apart just enough from the larger Game Developers Conference so that actually interested people were the ones to stop by.

And when I say actually interested people, I mean the sorts of people an Indie game developer wants to meet... investor and big-name company contacts. GDC Play turned out to be exactly the sort of venue where folks are looking to uncover the next great gaming phenomenon.

If anything, the thing the event seemed to be lacking was press. I suppose that makes sense, since there was the actual Game Developers Conference expo floor right across the street, not to mention Apple's big hub-bub about the new iPad.

And even without a huge press contingent, we managed to make it into one full video interview with the fun and talented Lisa Oh. Here's that interview:
We also scored a short video bit on NBC's TechNow with Scott Budman... the clip isn't posted online yet for that spot (as of the time of this writing). If you happened to be watching the 6:00pm NBC news on March 7th, you probably missed our spot that time you blinked... but we were there ;)

A few other reviews have popped up as well... for example, Guess Your Songs was recently featured as an iMore Pick of the Week, and popular blogger Dave Taylor wrote us a nice review on his site. 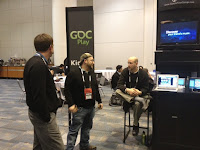 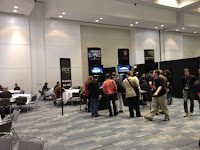 Here are some other photos from GDC 2012.

Were you at the Game Developers Conference?

What did you think? Did you make it over to GDC Play? 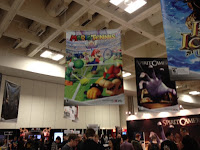 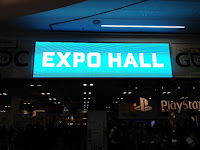 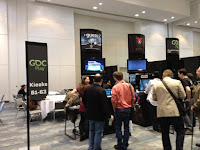 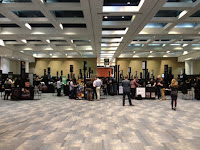